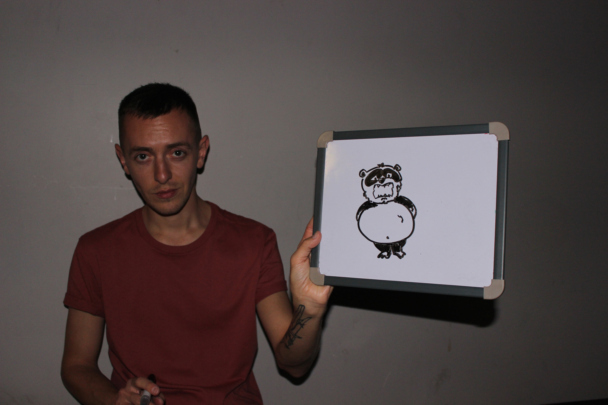 On the afternoon of their London comeback show, last week, we headed over to Dalston’s Birthdays to catch up with the band during their soundtrack. Coming face to face with a venue full of electronic equipment and more synths than Kraftwerk, we met an unbelievably chatty Lewis Bowman, the band’s frontman. But who wouldn’t be happy, after the praise of their new material? Experiencing a dramatic shift between their shoegazing guitars and baritone vocals, to an exciting electro intent of invigourating dance music.

So after the conventional chatter, we settled down on a make-do bench and got down to the interview; providing Bowman with a whiteboard and a couple of marker pens, in order to answer the questions that we threw at him.