New Music / This Is Fake DIY 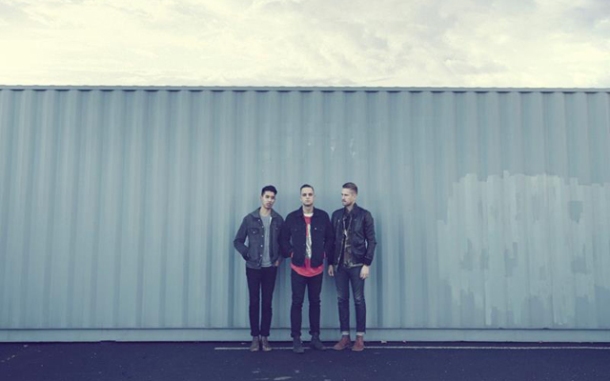 Hailing from sunny California, this synth-pop trio provide an ambience that encompasses a vast range of musical genres. They remained an almost completely anonymous outfit to the one that released the stunning debut single ‘Ghost’, right up until the band’s line-up of Landon Jacobs, Jason Suwito, and Hayden Coplen was revealed just last week.

The ‘Ghost’ single embodies a swooning, moody synth line. ‘Gold’ upholds a similar kind of instrumentation: the band’s hilarious, self-proclaimed ‘Sly-fi’ style seems to explore flashy lyrical themes of a “pocket full of yellow” and “dreams of Maybach cruising” – the kind that you’d more likely come across in a Hip-Hop record collection. The lyrics aren’t the song’s only component of Hip-Hop credibility, but the track’s samples and back beat sound are perfectly manufactured to end up being spat over, and there’s no doubt that beyond our pipe dreams, that’ll happen at some point along the line.

Topped with ‘Where I’m Going’, the three tropical sounding numbers fade into each other and provide the troupe’s debut EP, which is available on the band’s Soundcloud page. It all provides Sir Sly with a strong backbone, hinting at gradually propelling them to the expectation exceeding heights that they’re sure to reach later this year.