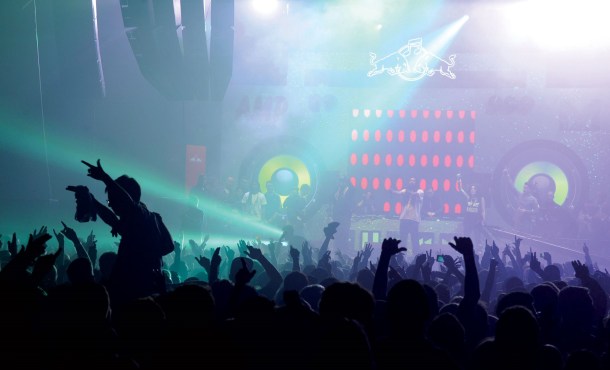 London has always presented a veritable feast of exciting ways to see in the new year and bid farewell to the previous 12 months. Whether you plan on queuing for hours on the Southbank or Embankment to watch the iconic firework display (although tickets are required to enter the enclosures for this year’s display), or if you plan on dancing into the small hours of 1 January, here’s a selection of events with last minute tickets that will have you welcoming 2015 in style.

Defected In The House NYE
A plethora of house music is on offer with record label Defected’s Ministry of Sound takeover. With four rooms of music, Noir will headline the event’s main room with his melodic deep house tunes, while the likes of Nick Curly, Hector Couto, Christoph, Gareth Cooke, and Greg Sawyer are also set to appear upon the night’s rapturous lineup. Advance tickets have sold out, but a handful of tickets will be available on the door from 9PM.

Shadow Child & Karma Kid
Having become a titan of the UK house scene over the past couple of years, Dave Spoon – AKA Shadow Child – will play a set at East London’s XOYO to see in 2015, before heading up to Nottingham for his second set of the night. But as far as the London show in concerned; Karma Kid, Mak & Pasteman and Kiwi, will also join Spoon, providing all of the makings for an incredible party to round off the year in style.

Not only will the city’s premier club be celebrating the end of a turbulent year for the nightlife institution, Fabric will also be celebrating a prosperous new year as the venue recently announced that they would remain open, following a series of drug related incidents. Set to feature DJs such as Craig Richards, Terry Francis, Seth Troxler, Scuba and Jackmaster, taking place as a 12-hour party from 9AM to 9PM. Plenty of tickets will be available on the door.
£35-£45. fabriclondon.com. Nearest Tube: Farringdon

Quickly becoming one of the Capital’s most exciting nightlife hubs, a handful of notable events are set to take place in Brixton. One of which is a Disco centered evening, featuring sets from Dom Fader and Ru$$-T, so expect a slew of classic soul and disco gems, as well as the odd nu-disco classic in the making. And what’s more, entry to the event is absolutely free, just be sure to turn up early to avoid disappointment.

If an audial tour through the history of R&B is the sort of thing that you had in mind for celebrating New Year’s Eve, Trevor Nelson will be bringing his iconic end of year parties to London’s Indigo2, the O2 Arena’s sister venue. Often hailed as the “King of R&B”, Nelson will be bringing a selection of classics ranging through the ’80s, ’90s and ’00s for an evening that is set to be a surefire night to remember.

Meanwhile, taking place a mere matter of meters away from the Indigo2, Craig Charles will be bringing his Funk and Soul record collection to one of the Capital’s coolest music venues at the Brooklyn Bowl to spin a selection of grooves to see in the new year.

If a live music fix is your NYE preference, The Libertines’ Carl Barât will bring his new side project to New Cross’ Amersham Arms for a ramshackle set, before heading over to The Macbeth in Hoxton for a post-midnight set. Expect a heap punk inspired indie rock gems as well as the odd Libertines and Dirty Pretty Things track, if you’re lucky. Carl and co. are set to play at 10PM and some tickets will be available on the door.

This event is set to be the ultimate party for any die-hard David Bowie fans. Offering an evening that’s dedicated to the enigmatic icon, featuring music from tribute act The Spiders From Mars, while a £50 bar tab will be awarded for the best Bowie costume. Also, DJs Major Tom and Ziggy Stardust will be spinning the artist’s classics right the way through into the next day.

The original article can be found online at gq-magazine.co.uk