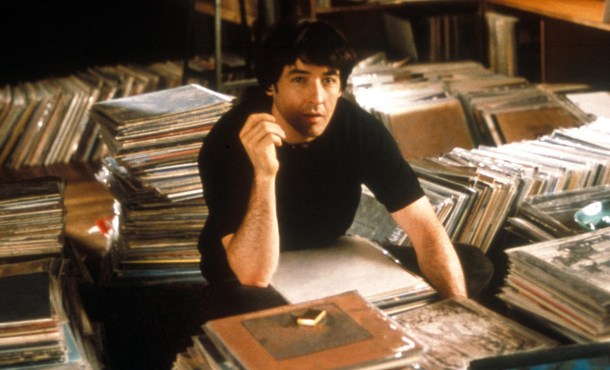 The GQ guide to the best record shops in the UK. Because sometimes digital downloads just won’t do.

Specialising in second-hand rarities and collectable vinyl, as well as offering a range of CDs, tapes and music memorabilia, Alan’s Records is situated on East Finchley High Road. And with a plethora of constantly changing stock and affordable gems, Alan’s is a hidden North London treasure.

Recently relocated from the Grassmarket, Avalanche now has a shop within Tron Church, right in the heart of Edinburgh. Focused on championing Scottish music, the store carries both new and used vinyl, some posters and a selection of local band CDs.

Formed from the remains of the Beggars Banquet shops, Banquet Records is one of Surrey’s most prominent record stores. Focusing on new music from a range of genres including indie, punk, electro, house and drum ‘n’ bass, as well as running their own successful record label, Banquet Records.

Having hosted in-store performances from the likes of Kanye West, Mos Def and GZA, iconic London hip-hop record store Deal Real closed its doors in 2007. However, on 18 April it’s set to return to Soho’s Newburgh Street as a pop-up store for just six weeks in order to celebrate the best of hip-hop culture and to support some of the hottest emerging and undiscovered talent in music, visual art, and fashion.

On Saturday 28 March, Old Spitalfields Market is set to host an Easter edition of the Independent Label Market for the first of three 2015 installments. Bringing the founders of some of the World’s greatest Independent Record Labels together to pitch up and sell their own records for this rousing event.

The John Varvatos London store doubles up as a record store as well as selling the brand’s innovative men’s clothing. Specialising in vintage and contemporary rock and jazz focused releases, as well as some high-end audio equipment of which to listen to your brand new records on.

As if withholding the title as the area’s coolest record stores wasn’t enough, Nottingham’s Music Exchange also works alongside homeless charity Framework. Acting as a platform for vulnerable individuals to gain independence and social skills through volunteering in the shop. International fashion icon Paul Smith, also from Nottingham, is also a fan. What’s not to love?

Opening just in time to catch the Eighties’ post-punk scene spawning local artists such as Joy Division and The Fall, Piccadilly Records is always honed as Manchester’s finest independent vinyl merchant. Selling a mixture of rock, pop, indie and alternative music in vinyl and CD, as well as the odd disco, funk and Balearic cut.

Southsea’s Pie & Vinyl offers exactly what the name suggests. Teaming food and music for a record store venture that also offers a range of pies served with mash, mushy peas and liquor or gravy, available to enjoy onsite while browsing some of the store’s specialist new music vinyl releases.

Few UK cities have a popular music history that’s as rich as Liverpool’s. And trading since 1971, Probe is the certainly the area’s most iconic independent record store, with its own label, Probe Plus, which has employed the likes of Julian Cope, Dead Or Alive’s Pete Burns and Frankie Goes To Hollywood vocalist Paul Rutherford. Now located in The Bluecoat on School Lane, the store stocks plenty of vinyl treasures both new and rare.

Actually a chain of three independent record stores, Bristol’s Rise is perhaps the most famous, as well as one of the area’s final autonomous record stores. Renowned for their friendly staff as well as stocking a wide range of records and CDs not forgetting their selection of DVDs and books. The store also doubles up as a regular live music venue.

One of London’s trendiest record stores, the East End outpost of Rough Trade Records is a huge space that offers a wide selection of vinyl releases, as well as some CDs, cassette tapes and books. Not forgetting the Monmouth Coffee bar at the front of the store and the stage that’s hosted the likes of Blur and Queens Of The Stone Age.

The bigger sister of the East London base, Rough Trade West, situated just off of Portobello Road was the first Rough Trade store. The size is nowhere near as vast, but the trawling the vintage vinyl basement for rarities and classic gems is always an enjoyable touch.

Named after a Velvet Underground song and perhaps most famous for its inclusion on the album cover of Oasis’ classic (What’s The Story?) Morning Glory, Sister Ray is just a stones throw from London’s busy Oxford Circus, having recently moved just across the road from its original Berwick Street site. The store stocks a huge rage of genres in its vast collection of records on sale, and what’s more, a brand new vinyl-only outpost has opened in Shoreditch’s Ace Hotel, which is well worth a visit.

Having opened in 1894, Cardiff’s Spiller’s is the world’s oldest record shop. Beginning business selling phonographs, wax phonograph cylinders and shellac phonograph discs, the store now focuses on the sale of independent music from a wide range of genres. That said, its historical provenance is the main reason that this Welsh institution is a must-visit.

The original article can be found online at gq-magazine.co.uk.